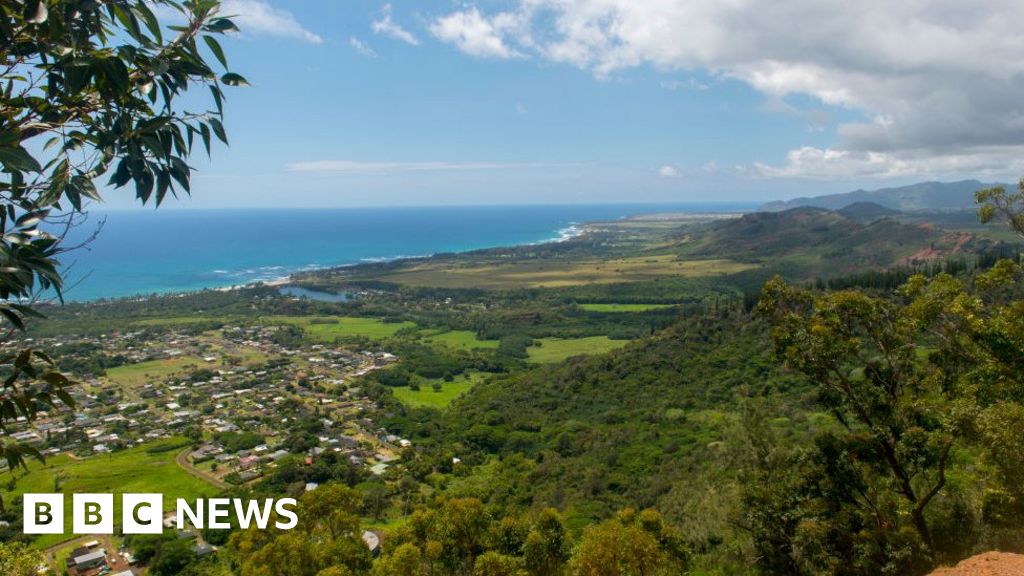 Rescuers have found the wreckage of a helicopter carrying a pilot and six tourists that went missing during a trip to the Hawaiian island of Kauai, authorities said.

The rescue services were looking for possible survivors of the crash.

The aircraft was touring Kauai’s Napali coast and had encountered showers and high gusts of wind.

A press conference is due to take place later on Friday.

Two of the passengers were reportedly minors.

Petty Officer 1st Class Robert Cox, of the Coast Guard Joint Rescue Command Centre in Honolulu, said that weather conditions had been challenging. Winds on Friday were reported to be about 28mph (45km/h).

No signals were recorded from the aircraft’s electronic locator after it went missing.

An MH-65 Dolphin helicopter and the Coast Guard Cutter William Hart were taking part in the search.

Several tour companies make such helicopter visits to Kauai, much of which is a state park and which is 80% uninhabited.

In April, a tour helicopter crashed into a residential neighbourhood in Kailua, 12 miles (19km) outside of Honolulu, killing all three people on board.

Earlier in the month, a helicopter crash landed in the Sacred Falls State Park after suffering apparent engine failure.