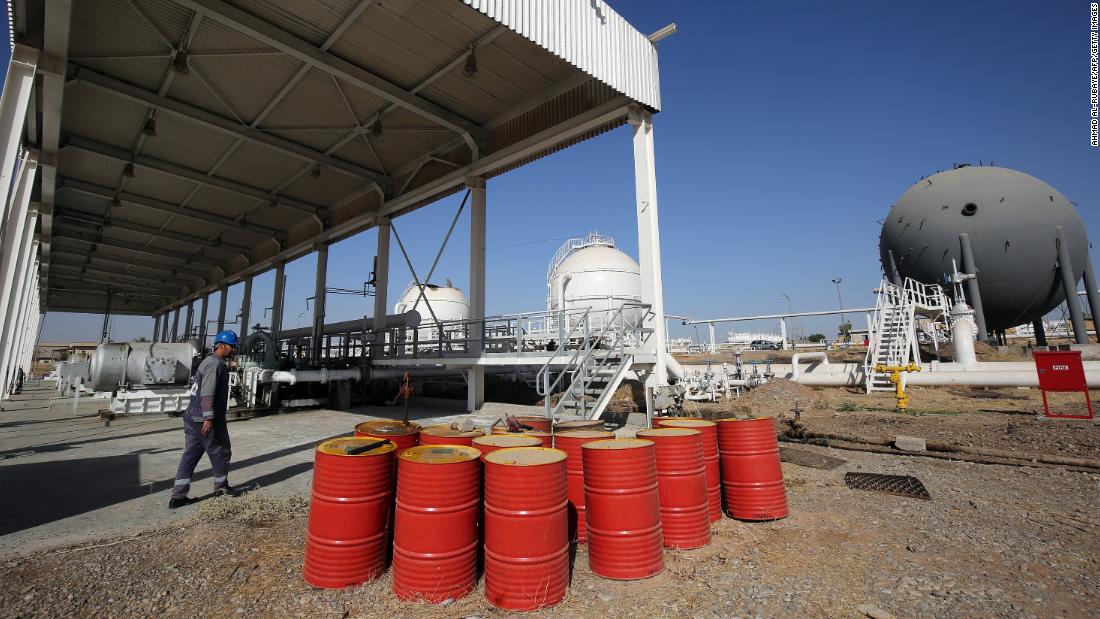 The decline in crude marks a stunning reversal from an initial spike caused by Iran’s missile strike on bases in Iraq that house US troops.
US crude tumbled 4%, hitting session lows after Trump signaled tensions could be easing.
“Iran appears to be standing down, which is a good thing for all parties concerned and a very good thing for the world,” Trump said in a highly-anticipated speech.
Crude briefly dipped below $60 a barrel after Trump’s remarks, giving back all of the gains from last week’s US drone strike that killed a top Iranian commander.
It’s a dramatic pullback from the high of $65.65 late Tuesday after Iran lobbed missiles on bases in Iraq that house US troops.
Trump confirmed that no Americans were harmed in that attack. And rather than signaling a US military response, Trump vowed to impose new sanctions on Iran.
There is a growing sense that Iran’s attack was not as bad as initially feared. No casualties have been reported. Some in the Trump administration think Iran intentionally missed areas with Americans, multiple officials told CNN.
Iran launched more than a dozen ballistic missiles against bases in Iraq that house US troops in retaliation for the American airstrike that killed a top Iranian general last week. The attacks were Iran’s response to the US killing last week of top Iranian General Qasem Soleimani in Baghdad. Iran has called that attack an “act of war” and “state terrorism” and had vowed a response.
“It comes as no surprise that there has been a reprisal from Iran — the concern is that this is just the sign of things to come,” said Matt Smith, director of commodity research at ClipperData.
Investors are on high alert for any signs of a clash between the United States and Iran that threatens oil supplies in the Middle East. Crude prices retreated earlier this week on hopes that energy supplies won’t be impacted by the tensions.

The energy minister of the United Arab Emirates said Wednesday that OPEC is ready to respond as tensions rise in the Middle East, saying that no country can afford a return to a situation where crude oil costs $100 per barrel.
Suhail Al Mazrouei told CNN Business that the cartel would seek to ensure that ample energy supplies are available.
“We will always make sure that we supply the world with whatever it requires,” al Mazrouei said, adding that the United Arab Emirates was building spare capacity in order to avoid shortages.
Still, the energy minister cautioned that even OPEC and its allies don’t have unlimited resources. “We have limitations as well,” he said, saying that the group “cannot just replace any quantity” of supply that is taken offline.
A spike in oil prices could deal a blow to the world economy, which is already struggling from weak manufacturing activity. Dow (INDU) futures briefly tumbled more than 400 points during Asian trading hours on Wednesday.
—CNN’s John Defterios, Veronica Rocha and Meg Wagner contributed to this report.
Share this
0 likes
Related Articles