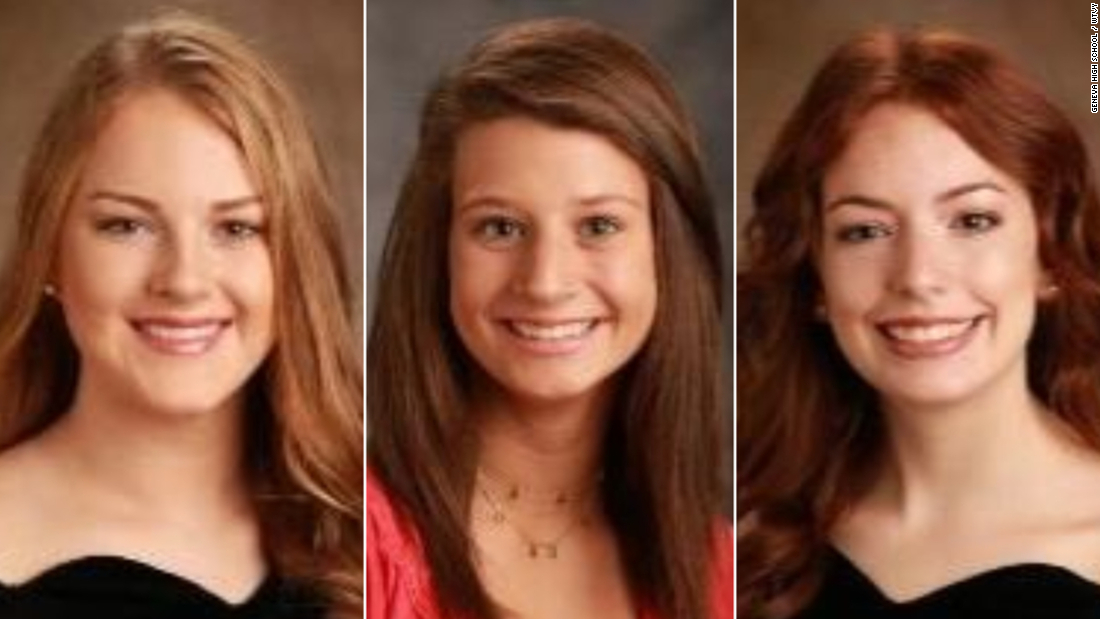 The teens have been identified as Cassidy Dunn, Emilee Fain and Addyson Martin, according to Lt. Michael McDuffie, chief investigator with the Geneva Police Department. They were all between 16 and 17 years old and were students at Geneva High School.
The three girls were in the front seat of the car, McDuffie said. Two other passengers in the back seat survived the crash.
Geneva is more than 200 miles south of Birmingham.
One of the survivors was able to get herself out with only minor bumps and bruises, while the other was airlifted to Children’s of Alabama, a hospital in Birmingham, where she is in stable condition, McDuffie said.
“It’s a real tragedy,” Lt. McDuffie told CNN. “The city is hurting right now for sure.”
McDuffie said the girls are all close friends and all spent Christmas with each other. They had just left one house and were going to another one’s home.
“Just being friends out on Christmas Day,” he said.
Local residents gathered at the First Baptist Church to mourn the girls, according to CNN affiliate WTVY.
“Those girls touched a lot of lives, and that’s why you see the real hurt and the coming together of young and old,” said Geneva City School Board President Ron Snell.
In general, unintentional injuries, such as car crashes, are the leading cause of death among teenagers between 15 and 19 in the US, according to the CDC.
Among 10- to 19-year-olds around the world, road traffic injuries were the leading cause of death in 2015, followed by lower respiratory infections and suicide, according to the World Health Organization.